Professional chimney sweeps generally offer an inspection service that will meet one of three levels of inspection. The NFPA Inspection procedure details for the homeowner and the inspector what parts of the chimney should be inspected under a given set of circumstances. When seeking a chimney inspection, the homeowner should detail the areas he wishes inspected and discuss the costs and invasiveness of each level and its methods.

The Three Levels of Chimney Inspections

A level 2 chimney inspection is a more involved inspection that will include all portions of a Level I Inspection, as well as accessible areas of the chimney structure, including areas within accessible attics, basements and crawl spaces. Common hand tools and ladders are generally used, and will include examination of the chimney interior by video scanning or other comparable means of inspection. The inspector should also determine that the flue is properly sized for the appliance venting into it. 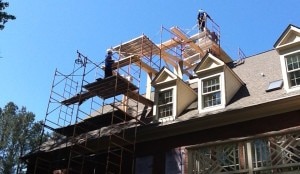